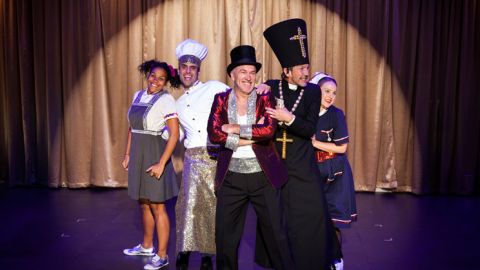 This work, inspired by Nikolai Gogol’s exploration of fraudulent behavior as depicted in his play The Government Inspector, bears little resemblance to the original. It could be described as a work in three acts. But don’t let that put you off, it is short and crisp and there is no interval.

In Act One everything falls into strange disarray through a number of over the top events that are hilariously presented in a sort of matter-of-fact, yet, theatrical manner by a team of actors in search of a  …. solution. 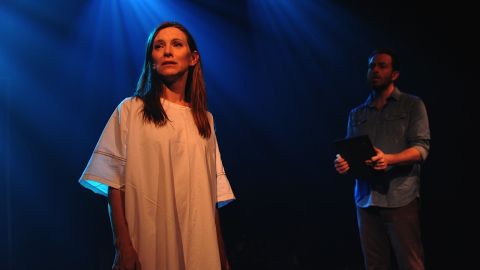 Some things in life are a paradox; this Pulitzer Prize winning musical is one. With a storyline covering the disintegration of a family because of one member’s mental illness triggered by grief, it should be a depressing downer that makes you squirm; and yet it is witty, full of love and hope, cathartic and ultimately spiritually uplifting. It is more than a show, it is an emotional experience if it is done well. Doorstep Arts do it so well that it could be renamed Next to Perfect. 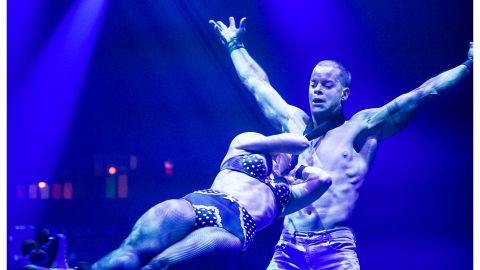 Sometimes one standing ovation just isn’t enough; so be prepared to be on your feet two or three times when you see this sensational production, which loosely sings the praises of New York City (though comic host “Oscar” [Jonathan Taylor] tells us expletively that Empire doesn’t need a story like ****ing Cirque du Soleil.) 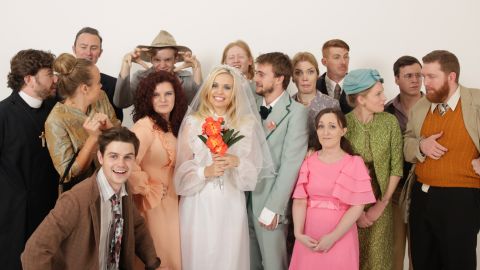 Vivid and rude, this production of the classic comedy was grabbed by the scruff of the neck by a 20 something student director who was born twenty years after it was written.

Darcy Green set up an authentic looking  wedding booze up for the late 1960’s union of Protestant Morrie McAdam and Catholic Reen Delaney in the Mechanics Institute Hall, Dimboola, Victoria.

When one of his stars got laryngitis the student director learnt the role of Horrie in a few days. 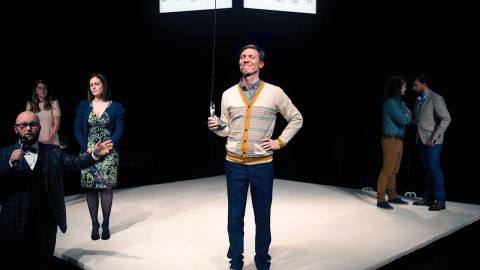 Five contenders in bathrobes. A ringmaster with stock-standard bow tie and microphone. The stage is set - but this competition will hinge entirely on talking, thinking, persuasion, manipulation.

Subverting an audience's expectations can be a risky enterprise, but the minds behind Fight Night have done it, and delivered a presentation that is as gripping and thrilling as it is clever and sly. 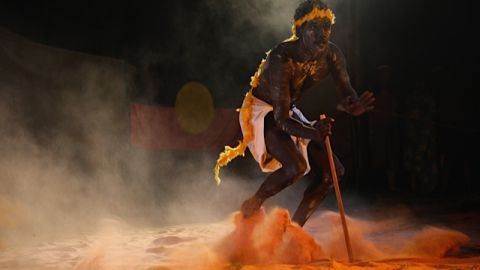 Elcho Island young men adapted traditional dances to embrace the western world’s popular music. They do it with panache! 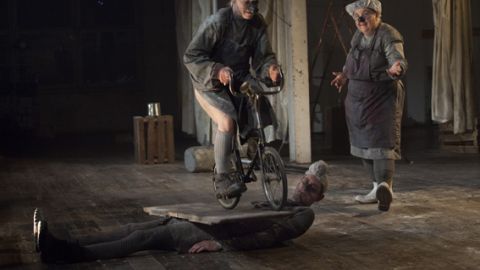 It’s not often in the theatre that you suddenly realise you are in the presence of creative genius – but this love-child of Sweeney Todd, Stephen King, Charles Dickens and the Ringling Brothers is simply sensational. Like the internationally-acclaimed Slava’s Snowshow (which was the last time magic happened in the theatre for me to this extent), The Long Pigs harvests the rich, tragi-comedic terrain of Clown with unprecedented creativity and skill. 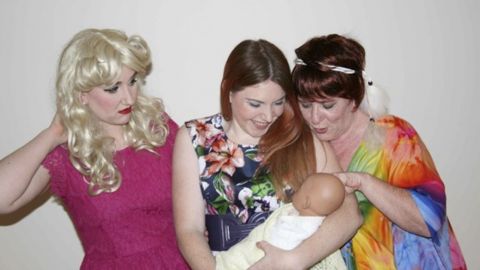 Breast Wishes is aptly subtitled “an uplifting musical” and as well as being a really cute pun, the sentiment applies beautifully to KADS’ presentation of this show, which despite some confronting subject matter, leaves its audience feeling good. 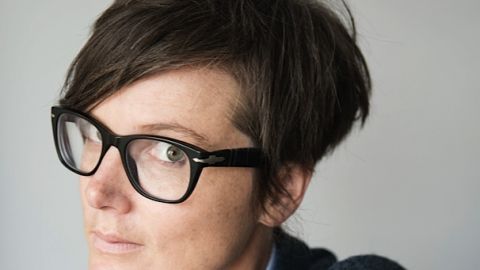 Hannah Gadsby was boisterously welcomed to the stage by the almost full house. These pundits in a twenties to forties age bracket clearly know her talent and style; they had their laughing gear ready and she gave them material 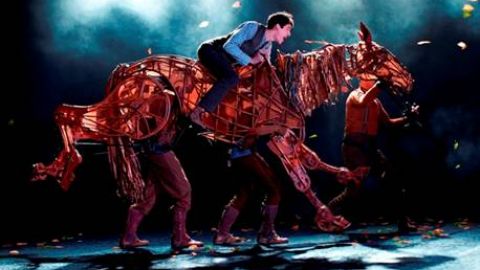 The National Theatre’s production of War Horse has attracted so much media coverage since it was brought to the London stage that any review is inevitably going to cover well-trodden ground for those familiar with the show. Brought to us as part of the wonderful NT Live series of UK theatre productions recorded in hi-def video and presented in cinemas nationally by Sharmill Films, War Horse tells the deeply affecting story of a boy and his horse.