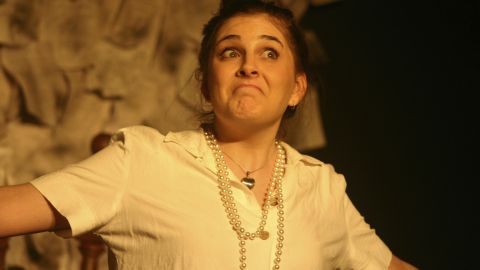 This is a showcase for Erika Naddei, emerging star from Harvest Rain’s Musical Theatre Internship Program.

She tackles here a very demanding role, the love experiences of an English girl newly arrived in America. The one-act song cycle requires her to portray the emotional and social roller-coaster of meeting and losing four possible love interests (if I understood the underlying story behind the songs).

Shout! The Legend of the Wild One 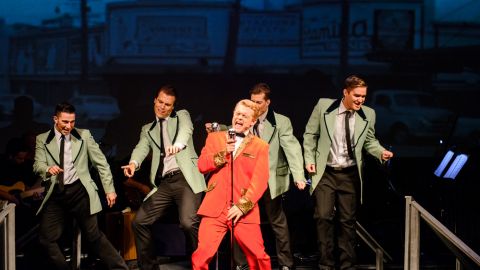 Choreography is the star of Shout! at Miranda Musical Society.  And, of course, the energetic ensemble cast who give their all to pull it off in such great style.

Kira Nelson has choreographed a series of vibrant dance routines, often so cleverly shaped and patterned, which are worth the price of admission alone, transporting the audience back to the studios of the TV pop music shows of the late 1950s or early 1960s, or lounge rooms of an era when small black and white screens were bursting with exuberant dancers. 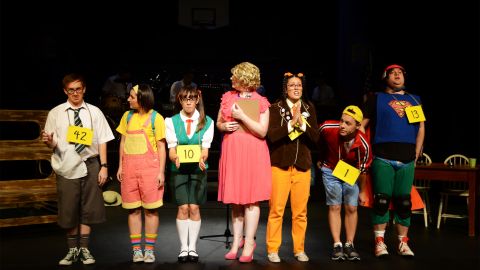 This lovely little musical might be about precocious children – but it has some themes which are awkward to explain to little ones.

Mummy what is that song about Erections about? This curly question was delivered to the Director Sam Neaves by her child.

The publishers have released a G rated edition. It replaces an awkward erection with an awkward distraction.

The good folk at Stage Artz are using that version for the matinee. This tamer edition is being replaced with an M rated version for their 10pm audience.

Escape from the Breakup Forest 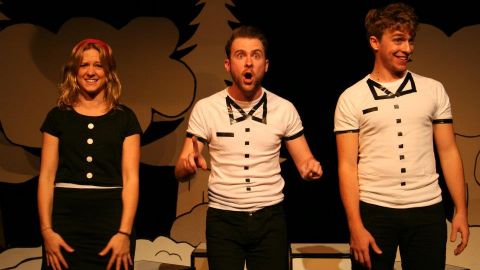 I’m not quite sure what to make of this production. It’s played with commitment by three energetic actors, Steve Pirie, Ell Sachs and Dan Stewart. But it’s more a performed narrative than a ‘play’; that is, there’s more telling than showing. It’s an adult parable.

In style it reminds me of the travelling Theatre in Education programmes of the 80s and 90s, with clever cut-out scenery, sundry boxes, puppetry and mime. (Maybe shows like this are still touring schools and that is the target for this group?) 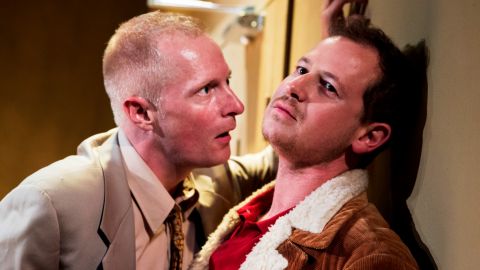 Half thriller, half comic Kafkaesque nightmare, this thoughtful play is from Irish writer Martin McDonagh. Thankfully it doesn’t start in the usual Irish pub!

We begin instead in an unspecified police state where a short story writer is being interrogated by two cops, one laconic, the other violent and vengeful.  As his mentally retarded brother is tortured in an adjoining cell, Katurian discovers why the cops are so edgy: a series of local murders and torturing of children have been copied from his own grim stories. 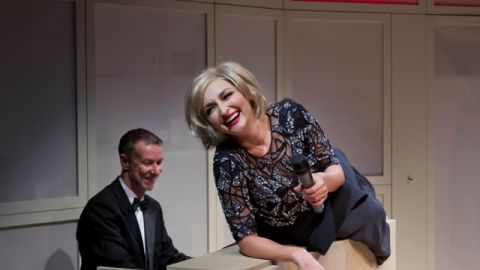 Bombshells is an evening of six short plays, all monologues — think Short & Sweet meets Alan Bennett’s Talking Heads —all delivered by the one necessarily versatile actress. Written by Australian playwright Joanna Murray-Smith in 2001, the demanding show was made famous when Caroline O’Connor played the six parts at the 2004 Edinburgh Festival before transferring with it to London’s West End. 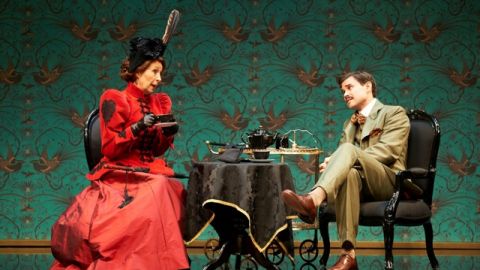 The audience quickly warmed to the Widean wit, which was accentuated by playful blocking and physical humour.

I particularly enjoyed the performances of the younger lovers, Scott Sheridan as Algernon and Adriane Duff as Cecily. Complimenting each other beautifully, their characters were wonderfully balanced. 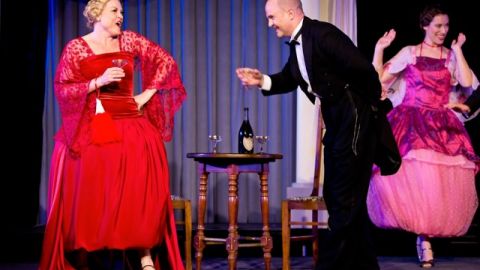 South Australia-based professional touring opera company Co-Opera has been around for over twenty years, and this year is touring Johann Strauss’s Die Fledermaus (The Revenge of the Bat).

Set in 1920s Australia, with broad Aussie accents and a lot of slapstick, the production featured an excellent small orchestra led by Julie Sargeant from the keyboard.

Trybe – An Opera in Paint 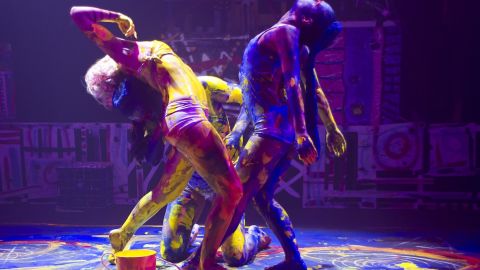 Trybe – An Opera in Paint is a 65 minute assault of the senses. Using a mixture of eclectic music, drawing, painting, multi-media, technology and dancing, directors Anthony Breslin and Stephen Agisilaoudrag the audience into the strange imagination of a visual artist, with the intent of revealing the artistic process. 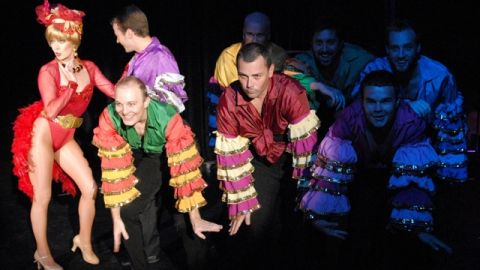 Community musical theatre rarely gets better than this … a tight, all-encompassing production concept, smartly executed, with leading performers in roles that seem made for them, strong supporting players and a capable ensemble of male dancers.