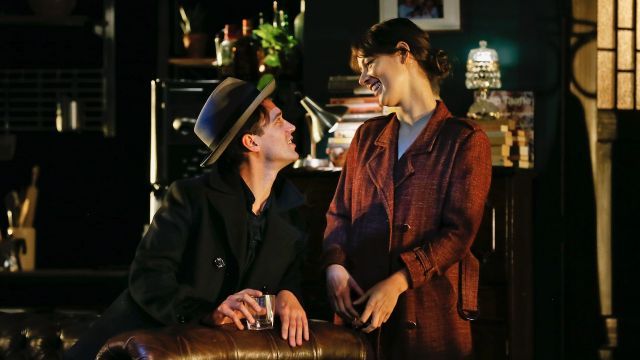 With all entertainment venues closed in Melbourne due to the lockdown, the Melbourne Theatre Company is expanding its digital offerings.

Audiences around Australia now have the opportunity to watch the  Company’s production of Joanna Murray-Smith’s brand new play, Berlin, via MTC Digital Theatre.

It arrives as part of MTC Digital Theatre following the success of the Company’s inaugural filmed production, Sexual Misconduct of the Middle Classes.

Skilfully reproducing the live experience for the screen, the production was filmed with the assistance of Arts Centre Melbourne’s Digital & Broadcast team during Berlin’s in-theatre season. The production was captured from different camera angles so at-home viewers have the experience of watching it from the best seats in the house.

Joanna Murray-Smith said, ‘A silver lining of theatres being closed during the nightmare of last year is the acceleration of embracing digital platforms to share the theatre experience. I’m delighted that Berlin is one of MTC’s first filmed productions and that it will enable the play to reach audiences beyond Southbank Theatre and around Australia.’

MTC Executive Director & Co-CEO Virginia Lovett said, ‘MTC’s in-house digital team has once again partnered with the Arts Centre Melbourne’s Digital & Broadcast team to enable us to stream our second production, Joanna Murray-Smith’s Berlin. Anyone, anywhere in Australia can now experience the thrill of live theatre by one of our best loved playwrights.’

‘We had fantastic feedback from our first MTC Digital Theatre production of Sexual Misconduct of the Middle Classes including enthusiastic requests for more. So it is wonderful we are in this fortunate position to have another offering for our national audience so soon.’

MTC Digital Theatre is the latest addition to MTC’s growing range of digital activities, including its partnership with Virtual Schools Victoria, MTC Audio Lab and other popular content available through MTC NOW.

Berlin was commissioned through MTC's NEXT STAGE Writers' Program, supported by the donors, foundations and organisations of MTC's Playwrights Giving Circle.

Buy the script of Berlin now at Stage Whispers Books.