Queenie van de Zandt to Lead New Production of Next to Normal. 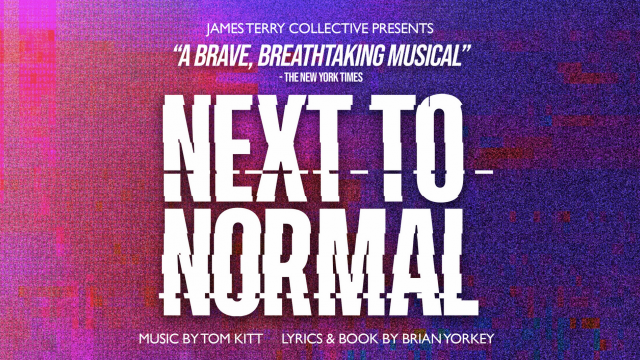 James Terry Collective has announced it will be bringing the Tony Award winning musical Next to Normal to Chapel Off Chapel for a limited season in July 2021.

The production will star Queenie van de Zandt in the leading role of Diana Goodman, the matriarch of a modern-day family traumatised by loss and the unpredictable effects sparked by her Bipolar diagnosis. Queenie’s credits include King Kong (Global Creatures), Thoroughly Modern Millie (The Production Company), and Into The Woods (Victorian Opera).

Next to Normal is a powerful rock musical that grapples with crisis and mental illness. It was nominated for 11 Tony Awards and won Best Original Score, Best Orchestration, following a Pulitzer Prize for Drama. It features music by Tom Kitt, and book & lyrics by Brian Yorkey.

This production will be directed by Mark Taylor (RENT, Bright Star) Choreographed by Freya List (RENT, Chess), and Musical Direction by Nathan Firmin (Bright Star, Memphis).
Next to Normal will be produced by James Terry Collective which received 7 Green Room Award nominations including Best Production for Legally Blonde the Musical (2019) and produced a sold-out season of RENT the Musical (2018).

Director, Mark Taylor, said: “While Next to Normal had its Broadway debut in 2009, its themes of mental health and our need for connection seem even more relevant in 2021. Despite some of the darkness of the story, the musical ultimately offers us hope and light – two things we need more than ever today.”

Sign up for pre-sale with exclusive ticket discounts available until May 14 at www.nexttonormal.com.au