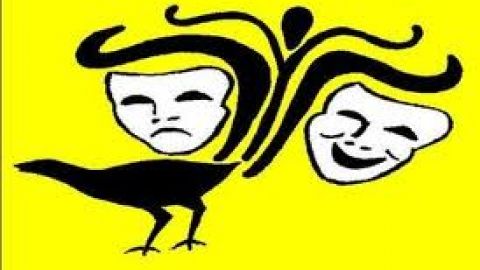 The Lyrebird Awards, recognizing and celebrating theatre in the outer Eastern region of Melbourne, were established in 1994. Their motto is to ‘Foster the spirit of entertainment.’

Nominations for the 2011 Lyrebird Awards have been announced, and are listed in alphabetical order of companies.

Caught in the Act- PEP Productions 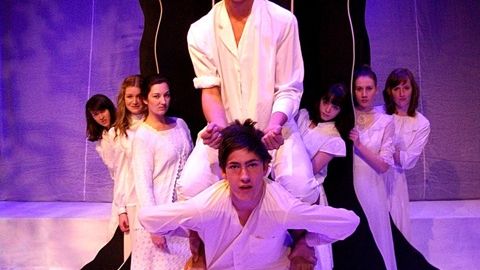 MAGIC, menace and mayhem are being let loose at Playlovers in Floreat in December 2011 – but it’s all in the name of art.

A selection of the best fairytales by the Brothers Grimm are being brought to life as part of Grimm Tales, adapted for the stage by Carole Anne Duffy and directed by Amanda Crewes.

“The production is full of all the magic and wonder you find in your imagination with a little pinch of mischief thrown in,” Crewes said.

Beyond A Joke for Essendon 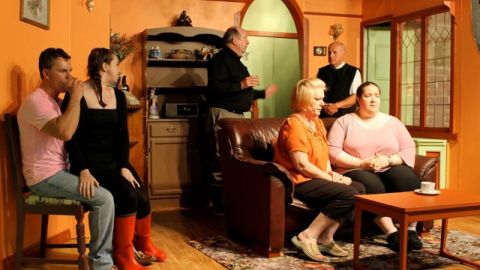 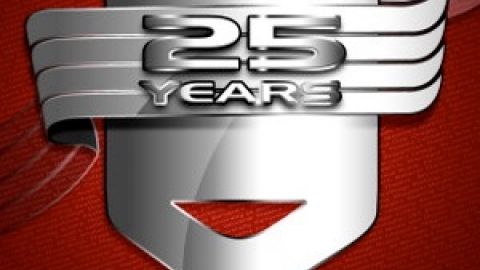 The nominations for Awards for Excellence 2011 Open Section of the Music Theatre Guild of Victoria's 25th Anniversary Awards have been announced. The awards will be presented at the Silver Jubilee Awards Night at Frankston Arts Centre on December 10, 2011.

Looking for the 2012 Nominations? - Link

Production of the Year 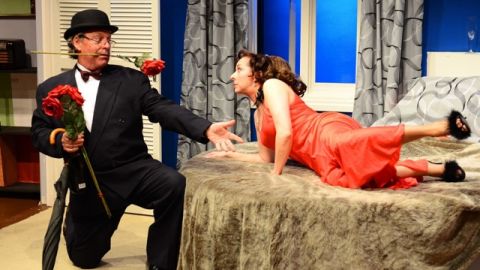 The Castle Hill Players (NSW) conclude 2011 with one of Britain’s most popular Whitehall farces, Move Over Mrs Markham, from November 18 to December 10. 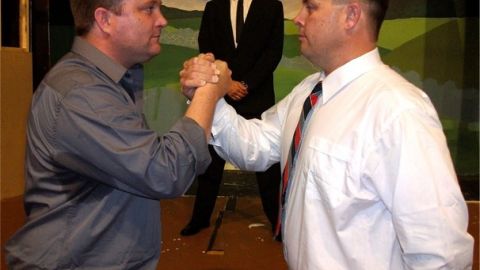 Loosely based on the 1844 novella The Corsican Brothers by Alexandre Dumas, it’s set in Liverpool in the late 1950s and follows the tragic story of twins, separated at birth, one raised in wealth, the other in poverty. 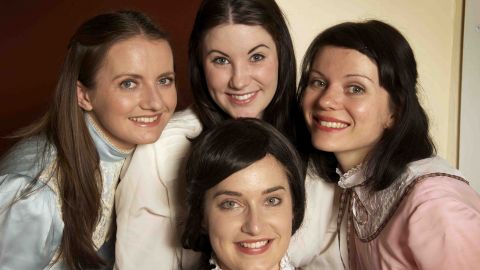 ONE of the most popular American stories ever written comes to life in song and dance at Roleystone Theatre (WA) this December.

Roleystone is staging the WA premiere of Little Women – the Broadway musical version.

Directed by Paul Treasure, the timeless tale follows the story of four sisters growing up in Massachusetts while their father is away during the Civil War.

“It’s one of the world’s best-loved stories, as they grow from little girls to little women,” he said. 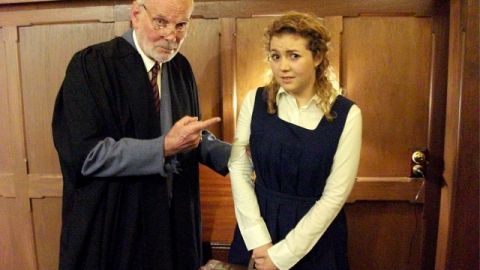 JOLLY tricks, midnight feasts, strict schoolmistresses, hockey matches and lashings and lashings of ginger beer are the cornerstone of the latest play at South Perth’s Old Mill Theatre from November 25.

Written by Denise Deegan and directed by Susan Lynch, Daisy Pulls It Off is a family-friendly parody of wholesome adventure stories set in 1930s English girls’ boarding schools.

The play follows Daisy Meredith as she overcomes snobbish prejudice from her wealthier peers and searches for missing treasure that could save her exclusive school.

A Funny Thing is Happening at Sunnybank 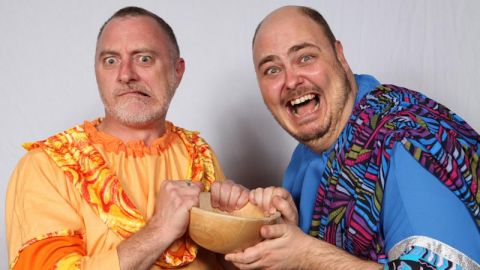 A Funny Thing Happened on the Way to the Forum, the Stephen Sondheim Musical Comedy, set in Ancient Rome, promises to have Sunnybank (Queensland) audiences rolling in the aisles from November 11 to 26, 2011.

The first Broadway musical to feature both music and lyrics by Stephen Sondheim, Forum has a book by Burt Shevelove and Larry Gelbart, based on the classic Ancient Roman farces of Plautus, with a good serve of classic vaudeville on the side.

The Harp in the South for Henry Lawson Theatre 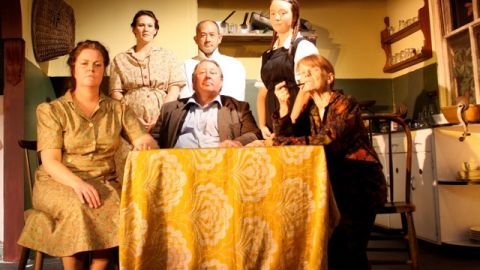 The Henry Lawson Theatre (Werrington, NSW) presents Ruth Park’s The Harp in the South, adapted for stage by Ruth Park and Leslie Rees, from November 11 – 27, 2011.