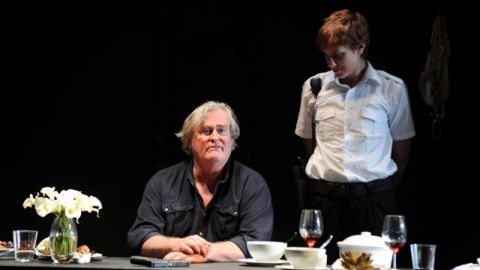 It’s a truism that directors shouldn’t direct their own plays. Benedict Andrews has a fine record of directing dangerously thrilling theatre in Adelaide, then Sydney and now Europe – enough it seems for Belvoir to give him both the stage and the director’s reins for his first produced play. It’s a misplaced faith. 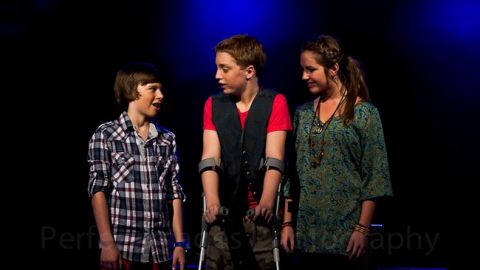 In 13 the central character is Evan Goldman, the only Jew in his class, on the cusp of celebrating his Bar Mitzvah. He is transplanted from New York to middle America when his parents get divorced.

So, I took my 13 year old boy who completed his Bar Mitzvah a few months ago with me to help review the musical.

He gave the production the thumbs up. 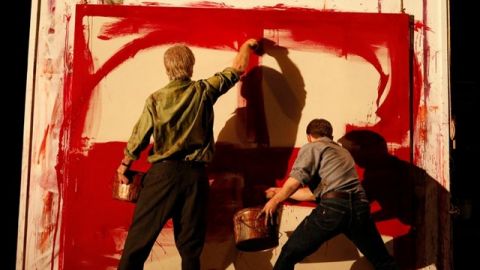 Mark Rothko was a mid 20th century painter of colossal ego, lofty ideals and arguably limited talent. He railed against “Art” as decoration and enjoyment, and loathed the pop culture that encouraged art to “sell out” to the highest bidder – and yet he embraced the money it offered. The play covers two years in which he attempts to create the infamous “Red” series of panels for the Four Seasons restaurant in New York. 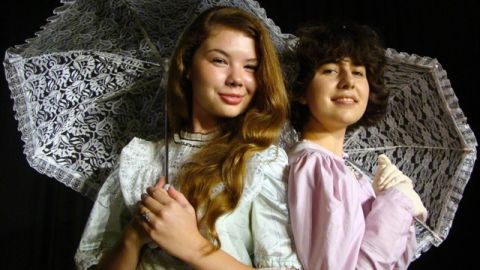 Tina C: Sorry Seems To Be The Hardest Word 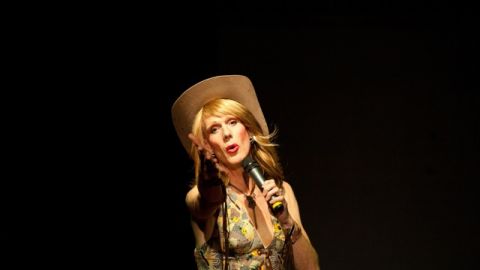 Tina C: Sorry Seems To Be The Hardest Word is classy, character driven, comedy that is not quite stand up, not quite cabaret and not quite music theatre.  But Les Girls eat your hearts out - Tina C is the most beautiful (Country and Western) Drag Queen – real eye candy.  Dressed in skimpy shorts and blouse that are made of fabric with an indigenous artwork print she presents as a stunning Barbie Doll with beautiful legs that ‘go up to heaven’. 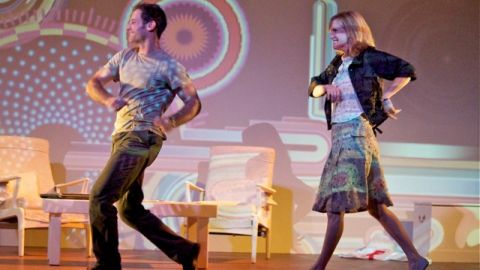 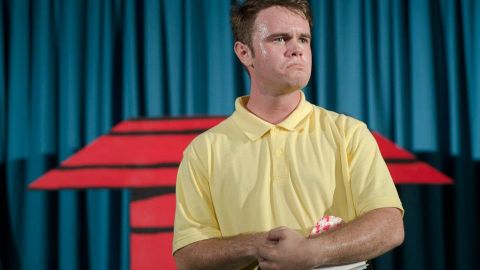 You’re a Good Man Charlie Brown has been a popular title on the amateur circuit for years. With its lovable assortment of characters from Charles Schultz’s comic-strip Peanuts, Harvest Rain’s production under the direction of Meg Ham brought out the charm and fun of Clark Gesner’s delightful musical. 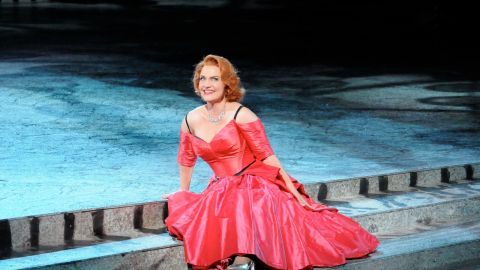 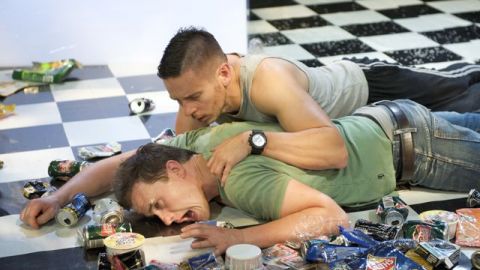 Alcohol consumption is an accepted part of the Australian way of life. When Sydney actor/writer Brendan Cowell took a year off the sauce a few years ago, his world was turned upside down, and Ruben Guthrie the play was born. Cowell’s authentic script shows how “giving it up” creates imbalance in the lives of all who surround the would-be abstainer. 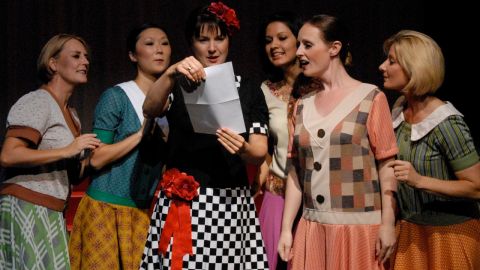 Celebrating the larger than life ladies of theatre launched by the show tunes of Jerry Herman, Jerry’s Girls packs a succession of great Broadway tunes into two hours.