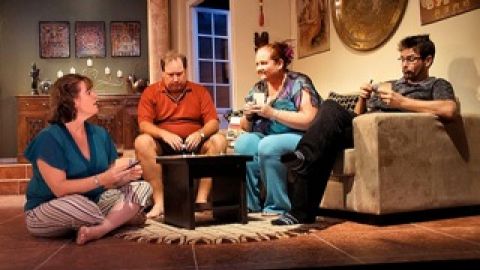 Moors.  Swirling mists.  Centuries old mansions.  All the setting for a murder-mystery?  Yes.  How about sunny modern Surfers Paradise?  What?!

Perfect Murder was written by Queensland based Ken Cotterill in 1998, but has never been performed in the location of its setting. I wanted to “… show that murder and mayhem can happen in the most unlikely places, like the Gold Coast … I wanted to set the play in a sunny, bright, warm environment,”  Mr Cotterill said.

Diamond & Gallagher: Getting Down and Brassy. 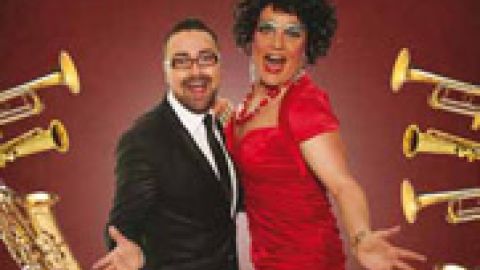 In their latest show, Dolly Diamond and Luke Gallagher take the audience on a camp musical romp through seven decades of hits, starting in the 1930s.

After "Let's Do the Time Warp Again", Diamond and Gallagher encounter the Ghost of Music Past Years (GOMPY). GOMPY makes them relive the songs of the ages so that the pair learn to respect their musical forebears. 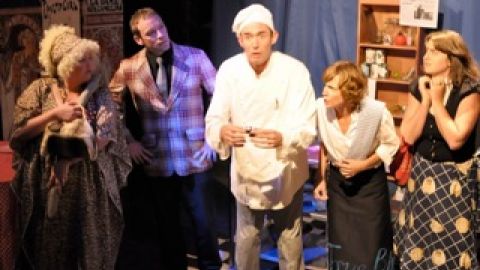 The reason why Gordon Bleu (Will Tait) is an anorexic — and alcoholic — chef gives the play its rainbow element. Until we discover that reason, it's hard to see what makes this a Midsumma production. 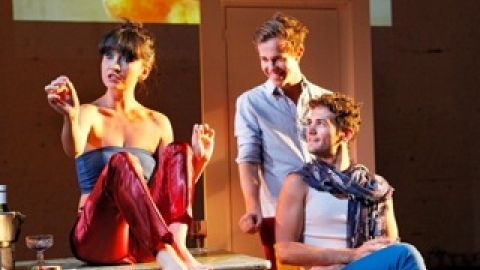 Opening night was a rare moment of Australian musical theatre history. Eleven years after Prodigal had its world premiere at Midsumma, it has returned, directed by one of its writers, who was also one of the original actors. Since then it has been produced off-Broadway — the first Australian musical ever produced in New York City.

Luke (Ed Grey) has been groomed to run his father's fishing business. Instead, he flees to study in Sydney. Like any gay country boy introduced to that city, he finds the experience mind-altering. 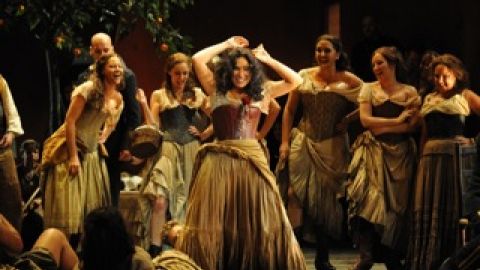 When the curtain opens the male members of the chorus can't take their eyes off a half dressed young woman bathing seductively in front of them. It was the start of a hot night of Opera.

Another correspondent for Stage Whispers recently bemoaned the practice in Grand Opera of casting singers who sound great but don't look the part.

The antidote is this production of Carmen, which combines sensual singing and a sultry performance to sublime effect. 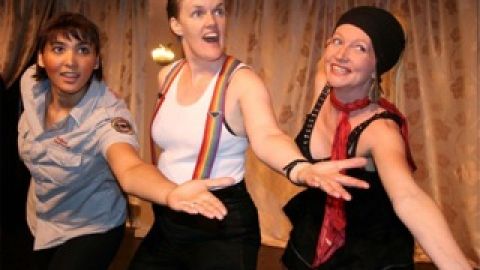 Walk through the history-ridden doors of La Mama Courthouse's theatre and find yourself in the Golden Apple dance studio as the dancers warm up.

Straight away you'll be immersed in the lives of Gertrude, Bel, Helen, Scarlet and Val. At first, you'll struggle to tell your left foot from your right. But like learning to tango, the disorientation is momentary and the reward satisfying. 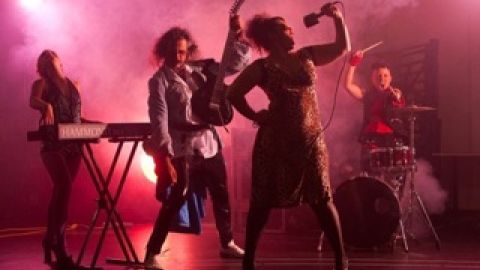 Lively, engaging, tawdry and raucous, The Blue Show is a joyous and refreshing offering for Midsummer Festival from Circus Oz.

The Melba Spiegeltent, a wooden structure with myriads of mirrors, stain-glass windows and colour changing fabric is a whimsical venue well suited to this intimate performance. The ambience exudes history, humanity and the spice of an exotic hint of gypsy.

My Bicycle Loves You 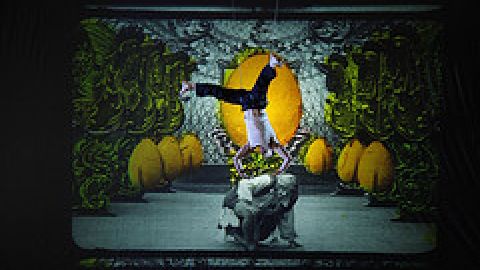 My Bicycle Loves You gets its name silent movie slapstick bicycle antics, among the many vaudeville sequences featured in film entertainments exhibited by an early Australasian travelling picture show family, incorporated in and inspirational to this production. 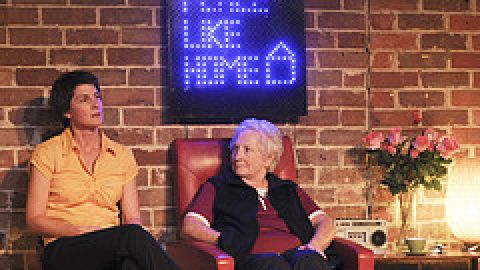 As we assemble in the Downstairs Theatre foyer, the cast and crew of this highly agreeable one act Festival offering greet us with cups of tea and slices of cake. And the homely atmosphere continues inside as writer/director/performer Rosie Dennis chats to a surprisingly full house. 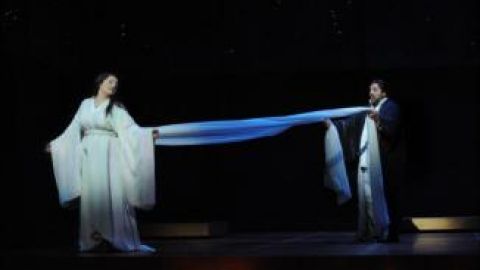 Funny old art form, classic opera. Sublime music goes hand in hand with a mandatory suspension of disbelief. Currently I blame Puccini, who in this case wrote 1904 music of great range, maturity and power for a fifteen year old lead character. He could easily have aged his tragic geisha in her thirties: the story would still have worked. But, no; Cio-Cio-San, nicknamed Butterfly, tells the worried US Consul that she’s fifteen ‑ after he has guessed that she’s ten!