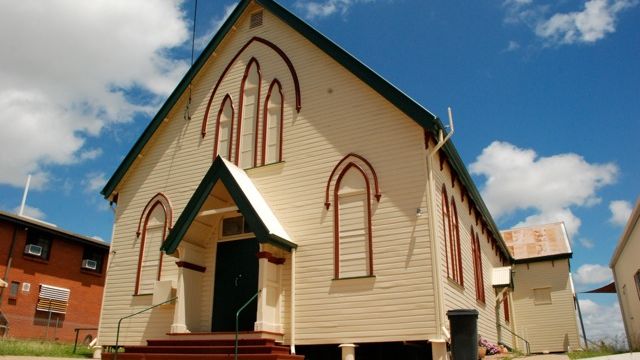 Queensland had its own gold rush during the 19th century and the centre of the action was Charters Towers – 134 kilometres inland from Townsville. When the Gold dried up so did the property values, which was good timing for local thespians on the hunt for a theatre. The Towers Players is celebrating its fiftieth anniversary in September.

The Players’ stalwarts, with their welcome embrace of the ebb and flow of the city’s itinerant performing population, have been central to the group’s successful delivery of 173 productions since 1962.

From the magnificent to the modest, this special mix of members young and old has sustained this amateur theatre for half a century.

Theatrical and musical performance is embedded in the history of the city as a goldfield, when, at the turn of last century, Charters Towers was Queensland’s second city. Gladys Moncrieff and Nellie Melba performed there.

However theatrical life flattened in the decline of the first fifty years of last century as the bulk of the population moved away. Yet there were enough people with the energy to include the city in the renaissance of amateur theatre in Queensland in the middle decades. 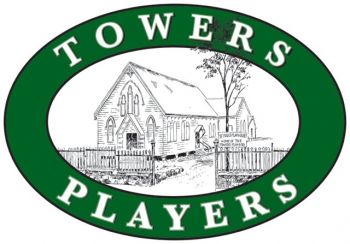 The Towers Players formed at a meeting in the RSL Meeting Rooms in September 1962.

The first public performance was of Trial by Jury at the aging Theatre Royal in 1963, followed by Salad Days and The Sleeping Beauty in 1964. An ebb in enthusiasm and a lack in clear direction was circumvented when The Players secured their own playhouse in 1969.

They purchased the former St Paul’s Church of England for $400. It was a timber building capable of seating 200 that had been built in 1883. High school teacher Garry Adcock built a stage, and seating was purchased from a defunct Townsville cinema while another teacher, Jim Francis, directed Bonaventure, the group’s first at-home production in November 1969.

Having a home to call one’s own was central to the group’s continuance. Here performances could be rehearsed, flats and sets stored and costumes rummaged through.

The seventies produced performances indicative of a time of societal turmoil, from the anti-war sentiments of Oh What A Lovely War in 1974 to the cultural cringe of Dimboola in 1979. In between the city celebrated its centenary in 1972 and was transformed into a movie set for The Irishman in 1977.

Yet the mainstay was the musical, and the merge of what president Ian Doyle described as a dedicated group of locals with a disproportionate percentage of the population involved in the teaching business.

Here The Towers Players produced an international coup of sorts when the American Ambassador to Australia accepted their invitation to attend a performance of Calamity Jane in 1976. 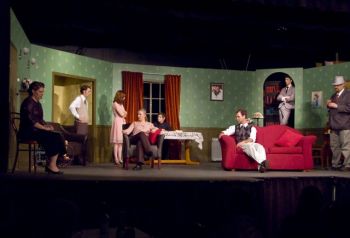 The next decade was devoted to theatre restaurant. The imperative was to bring in much needed money to refurbish and maintain the Playhouse. Town sewerage demanded new toilets, seating had to be renewed while the front portion of the playhouse was transformed into a kitchen so that meals and performances could take place in-house.

The Towers Players experienced a generational change. Big musicals were staged including Oliver! in 1994 and The Sound of Music in 1997. A Junior Theatre was revived and a drama group was also formed. And the re-birth of the North Queensland Drama Festival in 1993 saw regular entries in and beyond the decade.

One member, Maria Magoffin, remembers Oliver! as being “the first time we had engaged a professional producer, Leonard Lee, who certainly worked hard building sets, putting in the many hours towards a successful show.”

This paved the way for The Towers Players performing The Sound of Music in the newly built 600 seat World Theatre with the support of a full orchestra, followed by Charlie and the Chocolate Factory in 1998 and Peter Pan in 2000. 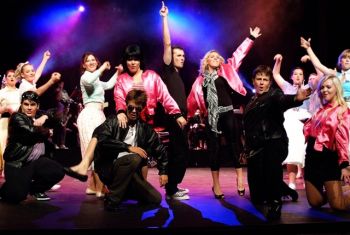 Georgee was not adverse to dramatic performances and to the challenging. In 2011 he produced A Midsummer Night’s Dream and The Mousetrap.

Shakespeare’s work successfully came to life in a sale yard bull ring on the outskirts of the city, while Agatha Christie’s was enlivened within the warm mantle of the Playhouse.

The company undertook a complete restoration of the exterior to sustain the building for another 50 years, spending a little more than $400 no doubt!

Celebrations for the 50th anniversary will take place in September.

Originally published in the July / August 2012 edition of Stage Whispers. 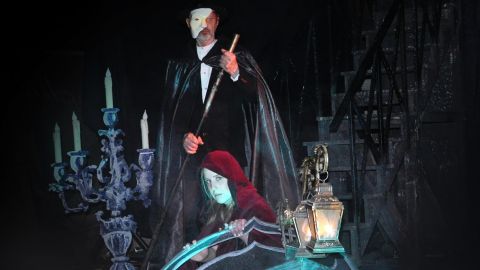 From humble beginnings as a play-reading group in 1956, South Australia’s Whyalla Players is celebrating its 60th an ... 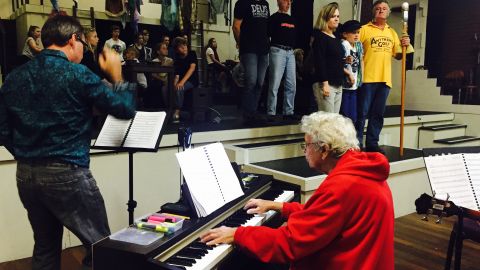 In sixty years the Ballina Players in northern New South Wales has grown from humble beginnings to a succes ... 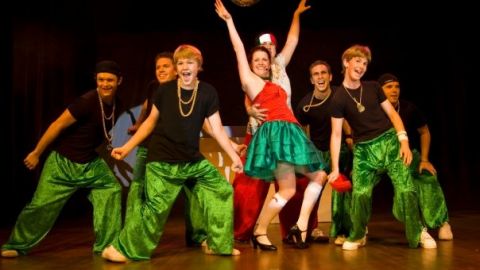 One of Sydney’s oldest and proudest musical societies is celebrating its 70th birthday. It all began because ... 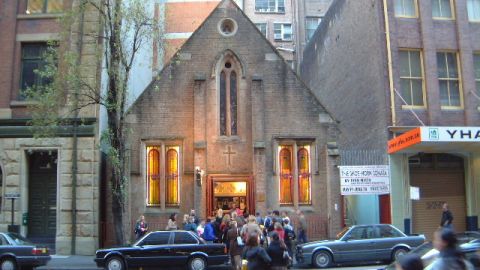 A small theatre in a large city is celebrating an enormous milestone. Sydney’s Genesian Theatre celeb ... 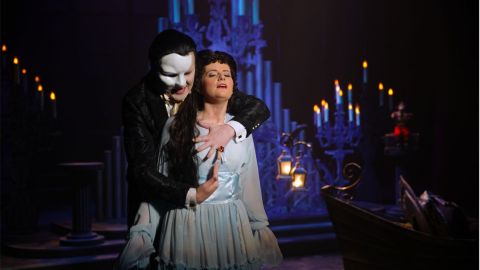